Corruption, a Roadblock to Development 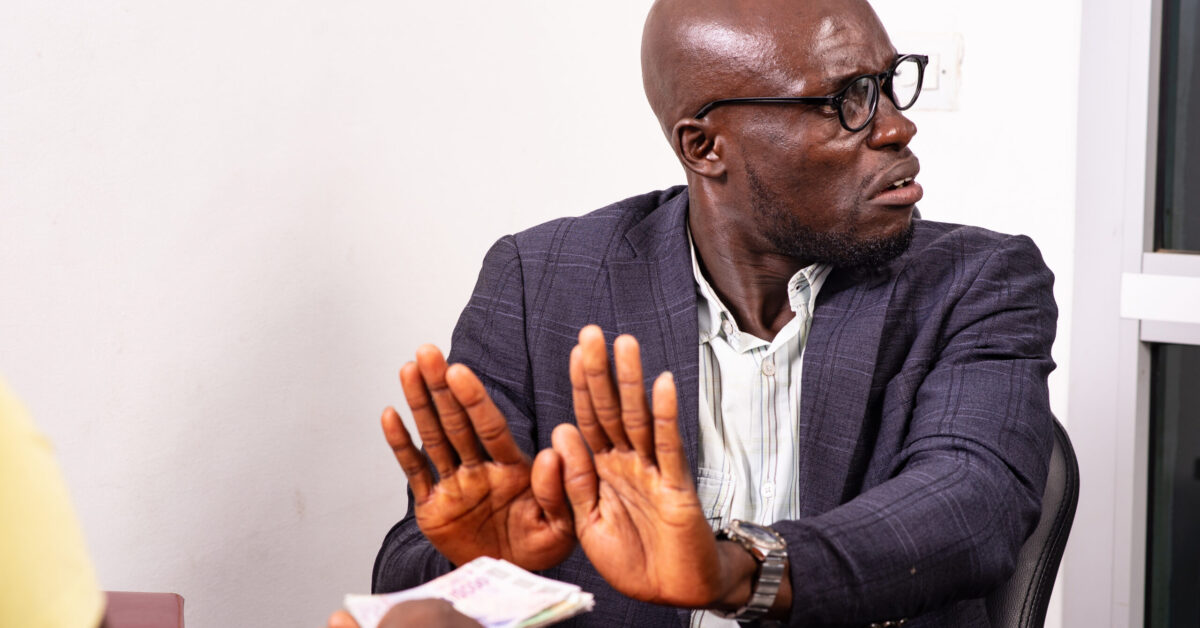 Corruption is a global phenomenon; however, it harms poor people more than others, diverting desperately needed funds from education or healthcare.

Corruption is the single greatest obstacle to economic and social development. According to the World Bank, an estimated one trillion US dollars get siphoned off through bribes every year, while 2.6 trillion USD are stolen through other forms of corruption – a sum equivalent to more than 5 per cent of the global GDP.  According to the United Nations Development Programme, funds lost to corruption in developing countries are estimated at ten times the amount of official development assistance.

Corruption does not just steal money from where it is needed the most; it leads to weak governance, which in turn can fuel organized criminal networks.

Corruption affects everyone and can lead to :

Industrialized countries are affected too

Corruption can occur in any sectors, whether they be public or private industry or even Non-Governmental Organizations. Every day, millions of people are affected by corruption around the world. Corruption affects us all and weakens the fabric of society and democracy. No country is immune. For example, the total financial cost of corruption in the European Union is estimated to be as high as 120 billion Euros. in particular through its political forms which have become increasingly worrying in Europe: insufficient regulation of political finances; mismanagement of public resources; nepotism, favoritism and cronyism; and poor access to information.

Many barriers prevent individuals from speaking up. These barriers include low trust in the ability of institutions to deal with corruption; unclear or unreliable reporting channels; absence or poor implementation of laws that protect whistle-blowers; or the simple fact that citizens often do not know their rights and how to exercise them.

CERC runs anti-corruption centres which provide support and assistance to victims and witnesses through a network of lawyers, researchers, and activists. Such anti-corruption advice centres can join forces with citizens to take a stand against corrupt practices and demand transparent and accountable governance.

Preventing and combating corruption is a multifaceted process which requires synergy among all sectors and all members of society, including governments, the media, the private sector, and civil society organizations.  Since corruption is undermining the rights of citizens (including the rights to be in good health, to receive education and to have transparent governance practices), it is important that all sectors of society recognize and assume their responsibilities towards them.