Corruption fuels illegal logging in Democratic Republic of the Congo. 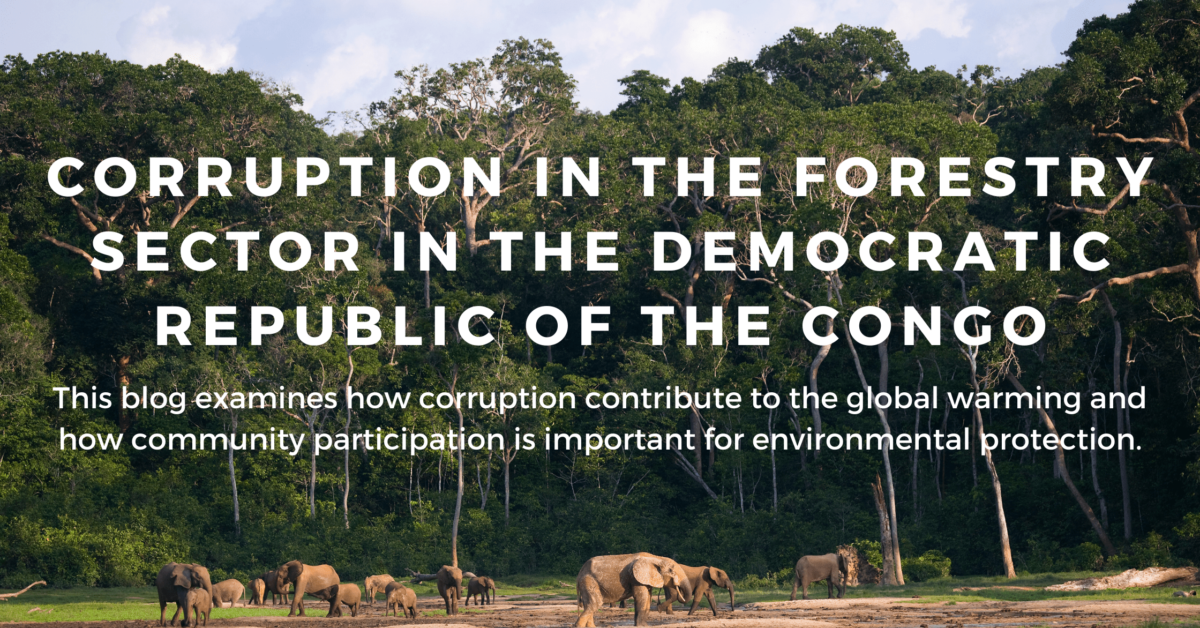 Corruption significantly affects most sectors, and it has negative social and economic impacts. But, Its impacts on earth are less well understood.

How is corruption practiced in the Congolese forestry sector?

Five times the size of France, the DRC is home to over 60% of the dense forests of the Congo Basin, the second largest tropical forest on the planet after the Amazon. But the deforestation, often due to illegal contracts, fraud, and corruption, poses a threat to this valuable resource by releasing carbon dioxide stored in copious quantities in the peatlands of the DRC’s tropical forests.

“The problem of illegal logging in the DRC has often been described as limited to the ‘artisanal’ logging sector, but experts interviewed for this report suggest that it is illegal industrial logging that is a major factor in forest degradation and deforestation. A close examination of the evidence gathered reveals that illegalities are also widespread in the country’s industrial logging concessions, where companies are plundering Congolese forests to export massive quantities of timber to international markets,” according to the Global Witness report.

This situation is exacerbated by the fact that the government hardly enforces the laws designed to protect the Congolese forests. The extreme weakness of government controls, combined with the remoteness and vastness of the Congolese rainforest, means that reported abuses are probably only the tip of the iceberg. Inspectors are too few, ill-equipped and face considerable logistical challenges.

In DRC for instance, local communities and Indigenous groups are particularly vulnerable to corruption. Collusion between powerful corporations and illegal logging are destroying their livelihoods and degrading their environment.

If we are serious about achieving our climate and biodiversity objectives, corruption is clearly the Hydra we must tackle. Here is how.

Community participation is the most powerful tool for environnemental conservation

The future of humanity depends more on how governments, businesses, NGOs, and communities deal with the global warming. And by involving the communities, the protection of resources useful to humanity can be guaranteed.

Imagine communities being equipped with the knowledge and tools to collect and share data with decision makers on pressing issues that endanger the environment sector?

The role of rural communities in nature conservation requires a better understanding of the resources, the problems, and the mechanisms to solve these problems. Driven by this belief, CERC provides rural communities with training, tools, and advocacy support to make their voices heard. The training and tools they receive enable them to collect data on issues related to illegal logging, bushfires, and using the collected data to hold their leaders accountable for protecting the environment.

We believe that their pressure can push the government to implement policies and initiatives that protect environment. The aggregated data can also help NGOs, companies shape policies for government or design innovative environmental protection solutions for communities.