Integrity building: a sustainable response to conflict and instability in eastern Congo? 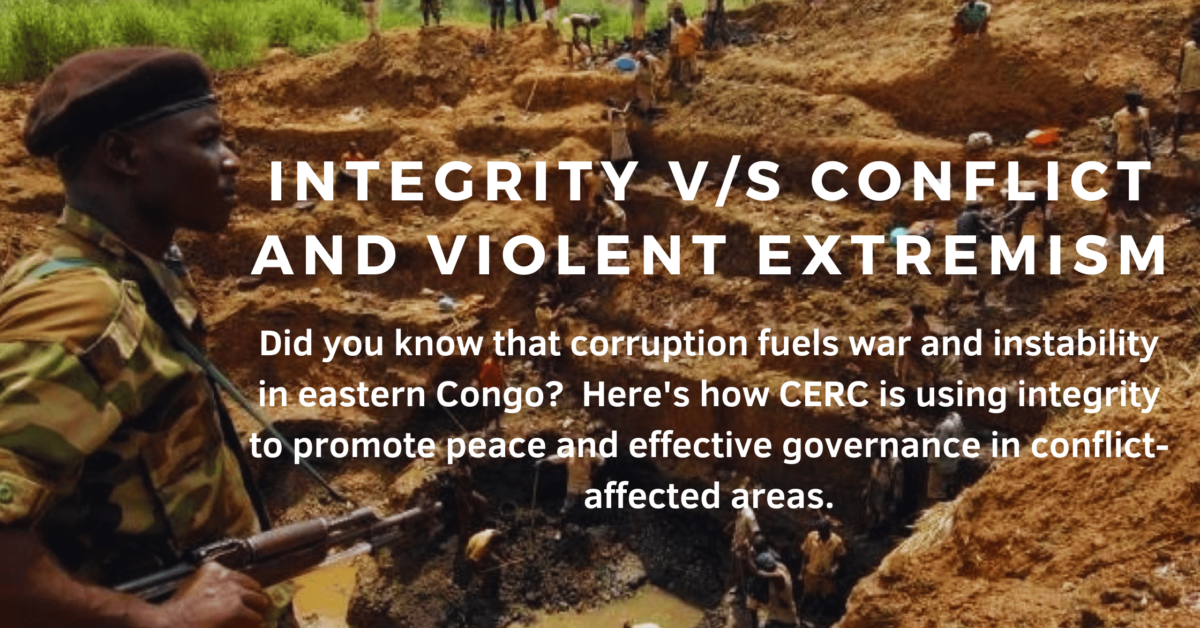 CERC helps communities and young people build the skills necessary to hold their leaders accountable and cultivate a new generation of ethical leaders.

CERC was founded in April 2017 to find answers to the following questions:

International institutions, governments, donors, aid workers, and peacebuilders must realize that corruption has exceptionally high costs for society, but particularly in post-conflict regions, by preventing the development of effective institutions of governance. When money and resources available to the government are diverted by corrupt officials instead of being channelled for the benefit of citizens, this can create further instability. In these ways, corruption, governance, and conflict are all linked.

Corruption and the rise of violent extremism create terrorist organizations in eastern Congo, which take advantage of corruption to recruit and retain disillusioned members. Extremist groups in the east of Congo use corruption to channel funds and smuggle weapons, drugs and people. Corruption significantly weakens state institutions, making them ineffective in the face of the threat of extremist groups.

Corruption could thus create an appealing atmosphere for crimes and conflicts because of two main reasons: on the one hand, it sustains circumstances of impunity which only further encourage crimes and, on the other hand, the impunity on crime may encourage citizens to take the law into their own hands in attempts to effect jungle justice, which could further lead to conflicts and crime.

Since 2017, CERC has been addressing these issues by empowering young people through training, mentoring, and technical support to strengthen transparency and accountability in implementing development projects and delivering public services in their communities.

CERC has grown into a network of 1000 young people supporting each other and their efforts to monitor vital projects and services where they live and to solve the problems they find using data they collect.