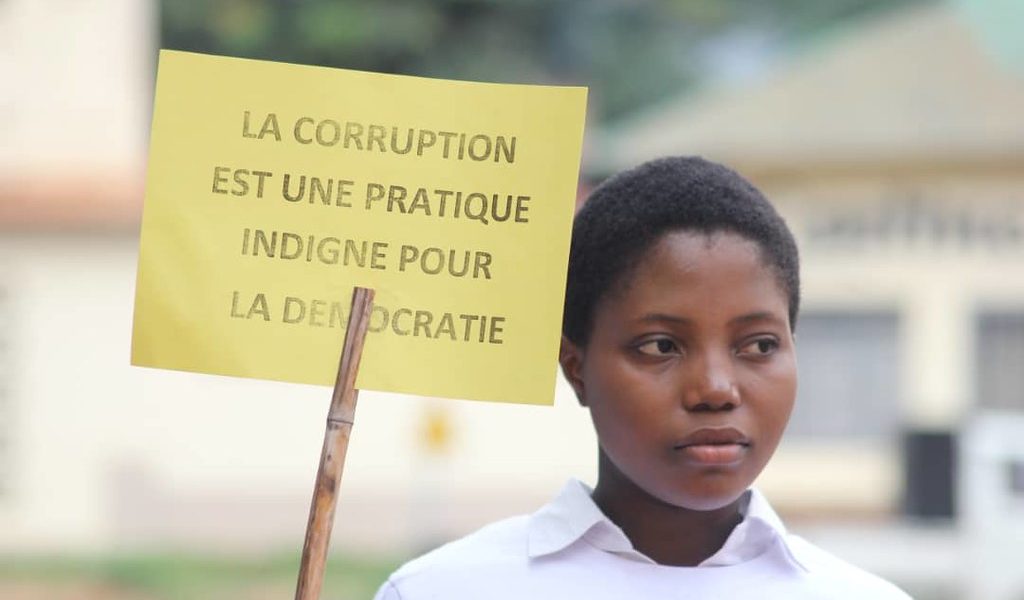 The Democratic Republic of the Congo (DRC) education system is plagued by corruption and inadequate quality. Examples of corruption in education range from ghost schools and fake diplomas, to missing textbooks, stolen school supplies, absent teachers, and misallocation of school grants. It is estimated that corruption is sucking millions of dollars out of the system, and as a result many children are missing an education due to malpractices and a serious lack of ethics in the system.

One idea that is gaining ground is that young students who are seen as direct schools’ users can contribute to the improvement of educational service delivery and infrastructure within their schools, as they can better monitor its quality and are directly encouraged to looking for solutions. In addition, their contributions can help to mobilise existing community resources to support education.

The Institut Bon Pasteur is a Catholic school that was created in 2011 with a capacity of 300 students. But given the high enrollment rate, In 2015, the management committee and the parents’ committee have agreed to fund the construction of two new classrooms and the rehabilitation of latrines that no longer met demand.

In October 2017, CERC has put in place a school-based monitoring system at Institut Bon Pasteur to give young students a greater role in overseeing school infrastructure services and encourage greater community involvement in finding solutions to problems that hinder the children education. Integrity Club is a student-led civic space that encourages students to use technology to monitor education and infrastructure services within their schools and communities, and to provide citizen feedback on access to information, community participation and the effectiveness of projects/ services.

In December 2017, CERC trained 15 community monitors on community integrity building and on DevCheck. In May 2018, the trained community monitors started monitoring the school building while activities were at a standstill. For the first time, they had contacted the principal to inquire why the activities were stopped. According to the principal, the insufficient materials and the commitment of the parents caused the stoppage project activities.

Thanks to student’s engagement, in early November, the project activities began, giving a glimmer of hope to a hundred students who will now use classrooms that meet the Ministry of Education standard.

Centre de Recherche sur l’Anti-Corruption have been an Integrity Action partner since 2017. During this time, CERC have trained three hundred youth as community monitors. The monitors have overseen 21 infrastructure projects and education services valued at around $32,000,000. Their interventions have led to the resolution of 20% of identified problems. CERC and the Integrity Club members’ monitoring and constructive engagement has improved services for around 10,000 people.