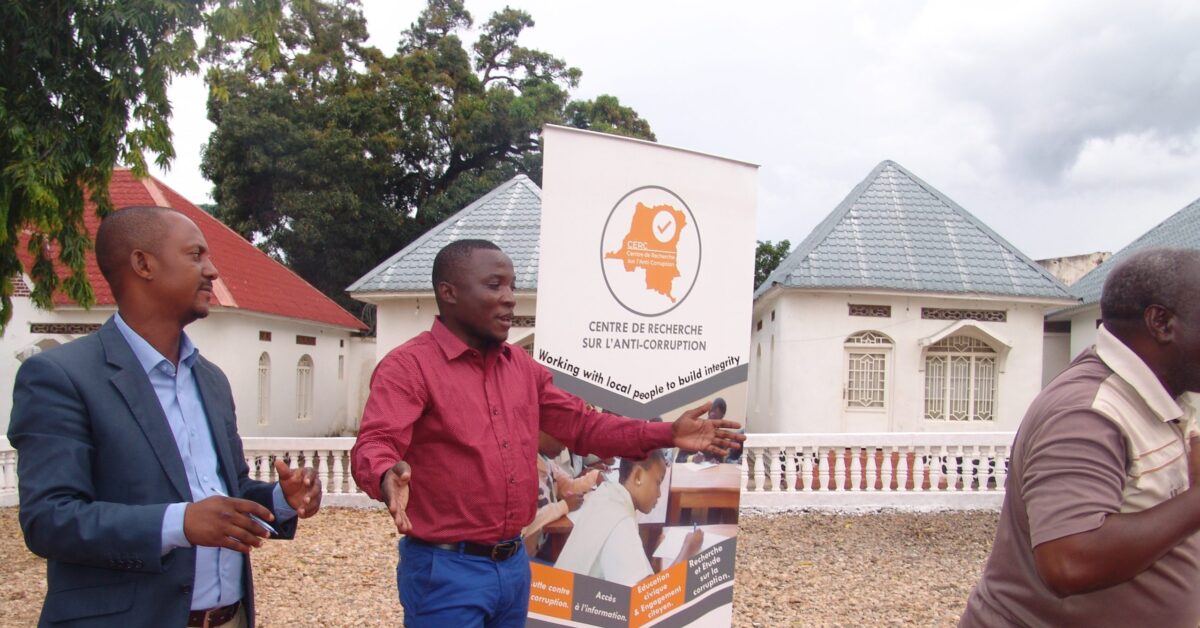 We are delighted to announce the launching of the Non-for-Profit Organisation centered on anti-corruption named “Centre de Recherche sur l’Anti-Corruption” in acronym “CERC”, a landmark effort to bring the citizens together to fight against corruption in the Democratic Republic of the Congo. The country is however notoriously corrupt, and it is difficult to say exactly how and where its foreign aid is used. The natural resources of the DRC are exploited for the personal gain of politicians, which keeps growth rates lower than they could be and stifles the middle class, who have no voice.

Notable donors in the DRC include the United States of America, China, the United Kingdom, Belgium, and the World Bank provides billions of dollars in infrastructure development programs to the country. How is it then, that, although funded or built, the failing rate of infrastructures is one of the highest in the Great Lake Region! Although obvious, the answer lies in corruption, opaque institutions, and a lack of responsiveness by the government to its citizens. Often donor assistance to foreign development goes to a most corrupted country without a prevention strategy!

Policymakers and civil society stakeholders must scale up efforts to improve governance and the anti-corruption agenda in DRC because good governance is central to economic development and to realizing the Millennium Development Goals (MDGs). In order to alleviate the incidence of corruption, there is a need in DRC to build key oversight institutions aimed to strengthen parliamentary integrity, judiciary integrity, the ombudsman integrity, the integrity in the public procurement system, and the various community integrity programmes.

Thus, the CERC was created to strengthen the capacity of citizens and CSOs to demand services as a right, marking a significant shift in long-standing efforts to establish a society in which integrity is a key principle followed by all citizens.

Our mission therefore is to Improve citizens’ integrity culture in Democratic Republic of the Congo by developing anti-corruption strategies and advocating for accountability.

Join us in this great struggle, to give the Democratic Republic of the Congo the place it deserves in the world.